Leonard was born in Seattle, Washington but as an Army brat, has lived all over the US.

His musical calling began as a youngster watching American Bandstand and Ed Sullivan while using a phonebook and wooden spoons as an instrument.  During high school he toured the United States with a show band playing congas, percussion and guitar. He lived in Los Angeles backing up celebrities Ester Phillips, Edwin Starr and Mary Love at Hollywood's "Speak Easy" club.

Moving back to Seattle in 1980, he frequented local jam sessions and for the next 20 years played with numerous local Seattle dance bands and the smooth jazz band “4th Degree” often called the smooth jazz house band for 14 years. "I have eclectic tastes that range from Jazz, Rock, R&B, and Top 40, Blues etc and I love great guitar playing regardless of what style of music it falls in".

He is largely self taught through but has studied at Al Turay Jazz school and Berklee School of Music's online courses. As his musicianship has grown, his interests have broadened to include writing, composing, recording, music production and digital audio technology.

"I love the music that I create and the many talented individuals and artists who help me produce and publish. My style has been influenced by a diverse group of musicians which includes Jimi Hendrix, Cheli Minucci, Chuck Loeb, Carlos Santana, Norman Brown, George Benson, Stanley Jordan, Miles Davis, BB King, Eric Clapton, Robert Cray, Larry Carlton, Pat Metheny, Lee Ritenour, Jeff Golub, Chris Standring and Kevin Eubanks. It’s hard to categorize my music but the feelings that it produces bring me joy as an artist and my hope is that it will positively move you, speak to and enliven you as well".

Leonard has served since 2004 on the Board, CFO/CTO, grant writing and in other capacities. Millennia Ministries feeds, houses and provides other much needed resources for transitional and homeless women, children and families. 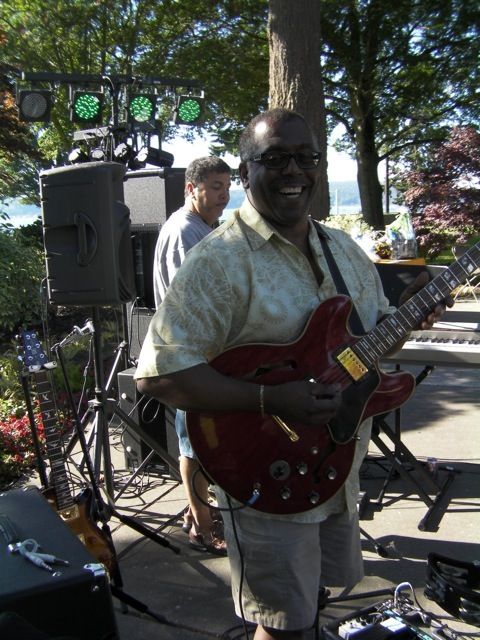